With over 100 years of staffing experience, ALL with Staff Zone, our stellar Management Team are staffing professionals and experts in their individual duties and responsibilities and are critical to Staff Zone’s success. We invite you to get to know them better. 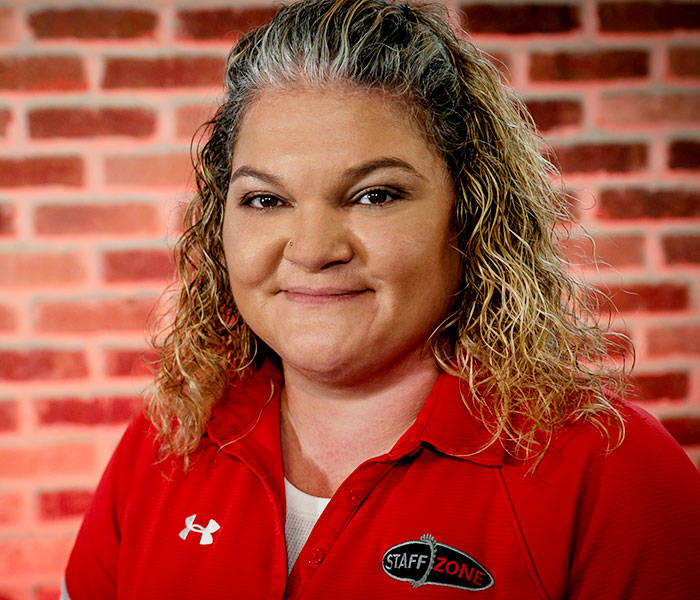 Brionne came on board Staff Zone in 2019 and made an immediate impact with her leadership and management skills. Brionne has over a decade of experience in the blue-collar staffing industry and is the prototypical “lead by example” Zoner. Brionne is responsible for two of our foundation markets – Charleston, SC and Nashville, TN. 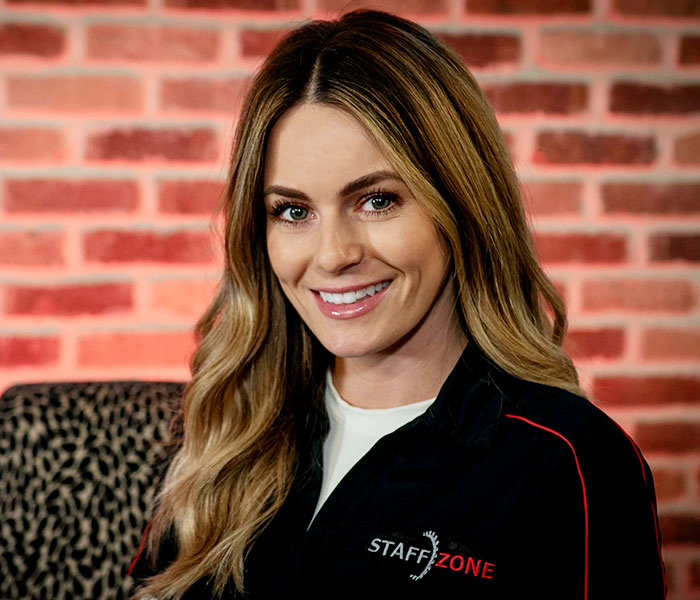 2020 brought Haley back to our Staff Zone family after a brief absence. Haley’s industry experience, work ethic, and passion for sales, both individually and while mentoring others, epitomizes what makes us Best in Class ®. In her role, Haley travels to numerous markets but she will always call Central Florida her home branches. 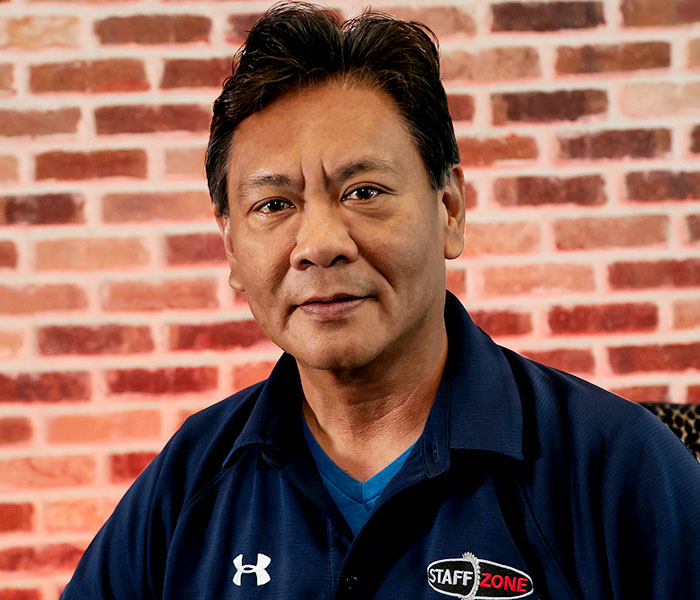 John started at Staff Zone in 2014, as our Branch Manager in Richmond, VA. After much success in that market and with anticipation of expanding in that geographical area, John was promoted to General Manager in 2017. In 2020, his GM role expanded to being responsible for field operations training and job site safety.  As a GM of safety, John’s primary focus is overall safety in Staff Zone. 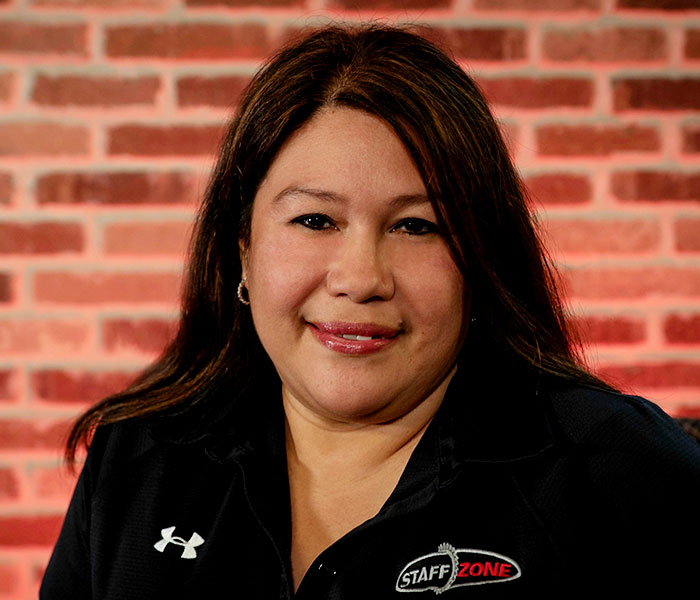 Veronica joined our Staff Zone team in 2020 and brings a decade worth of blue-collar staffing experience with her. A true HR professional, she has vast expertise in training and recruiting and has managed and operated both onsite clients and branch locations in her tenure. Veronica is responsible for our Central Florida branches (Clearwater, Tampa, Orlando); and will lead our Florida expansion as we move forward. 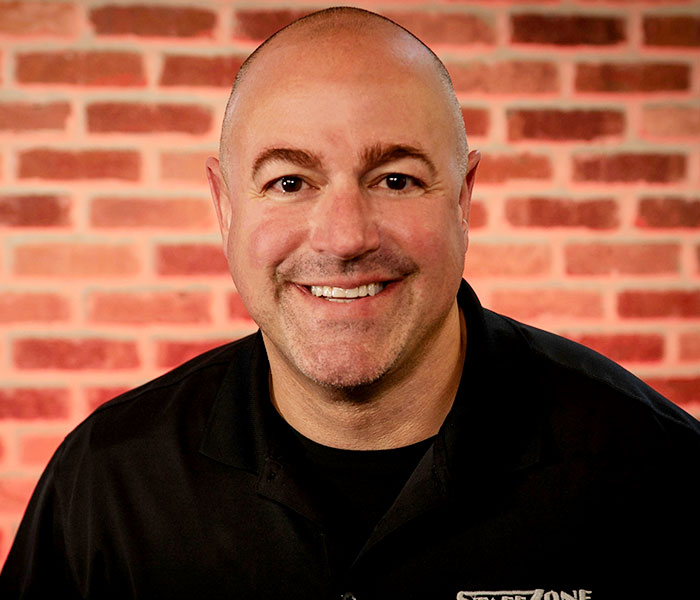 Ryan started with Staff Zone in 2005 working in many roles and branches, including Branch Manager positions in Myrtle Beach, SC and Columbus, GA. Ryan helped build the Columbus market into a consistent top performer within the company, and was promoted to General Manager in 2016. In 2020, his GM role expanded to the risk management department and being responsible for company-wide job site safety.  In 2022, Ryan moved back to General Manager overseeing Columbus, GA; Birmingham, AL; and our two Atlanta, GA locations (East Point, Doraville). 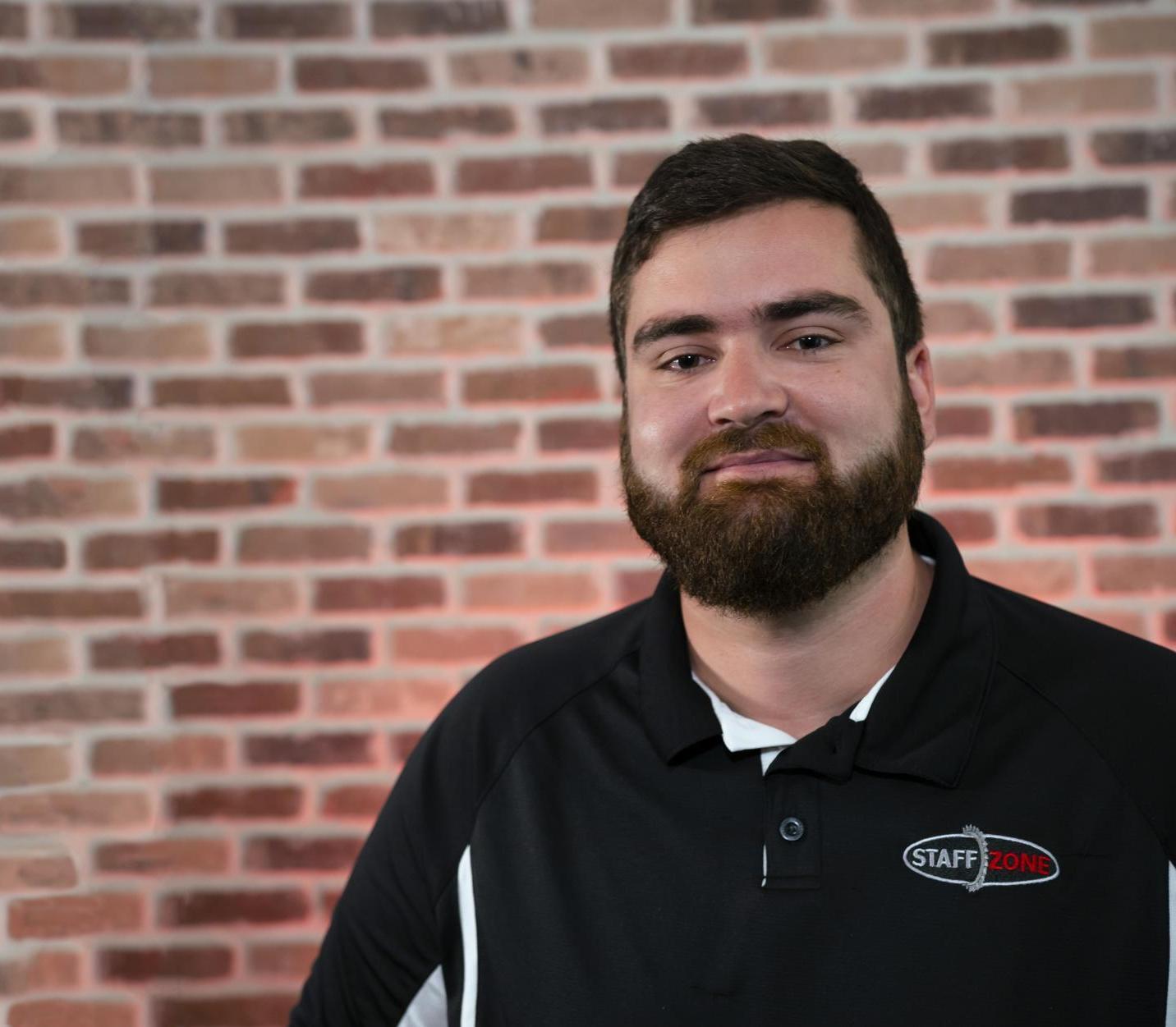 As a former Assets Protection Team Leader, Andrew joined Staff Zone in May 2022 as a General Manager of Safety.  His previous experience as an EMT and his service in the United States Army has given him unique skills to bring to his position with Staff Zone. 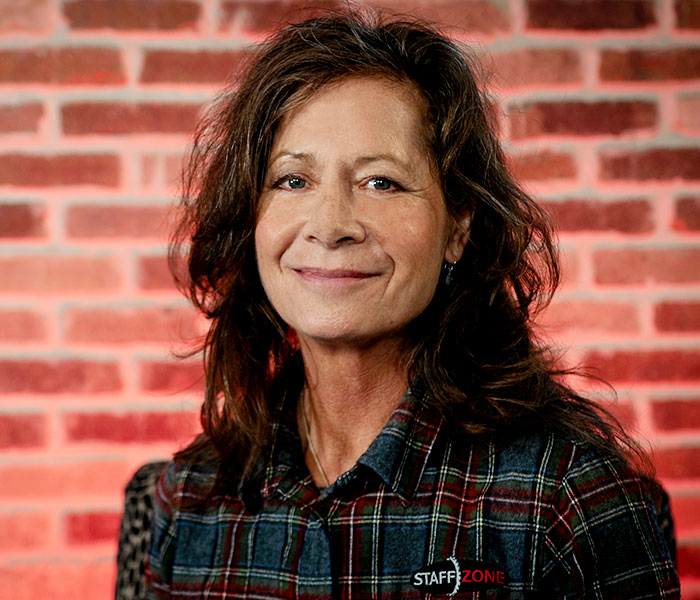 Brenda began in the staffing industry in 2002 as our Branch Manager in Columbus, Georgia. Brenda was promoted to Regional Sales in 2005 and held that position for five years, before being promoted again in 2011 to General Manager. With almost 20 years of Staff Zone service, Brenda is now responsible for assisting with the training, development and honing of our sales programs in all branches. 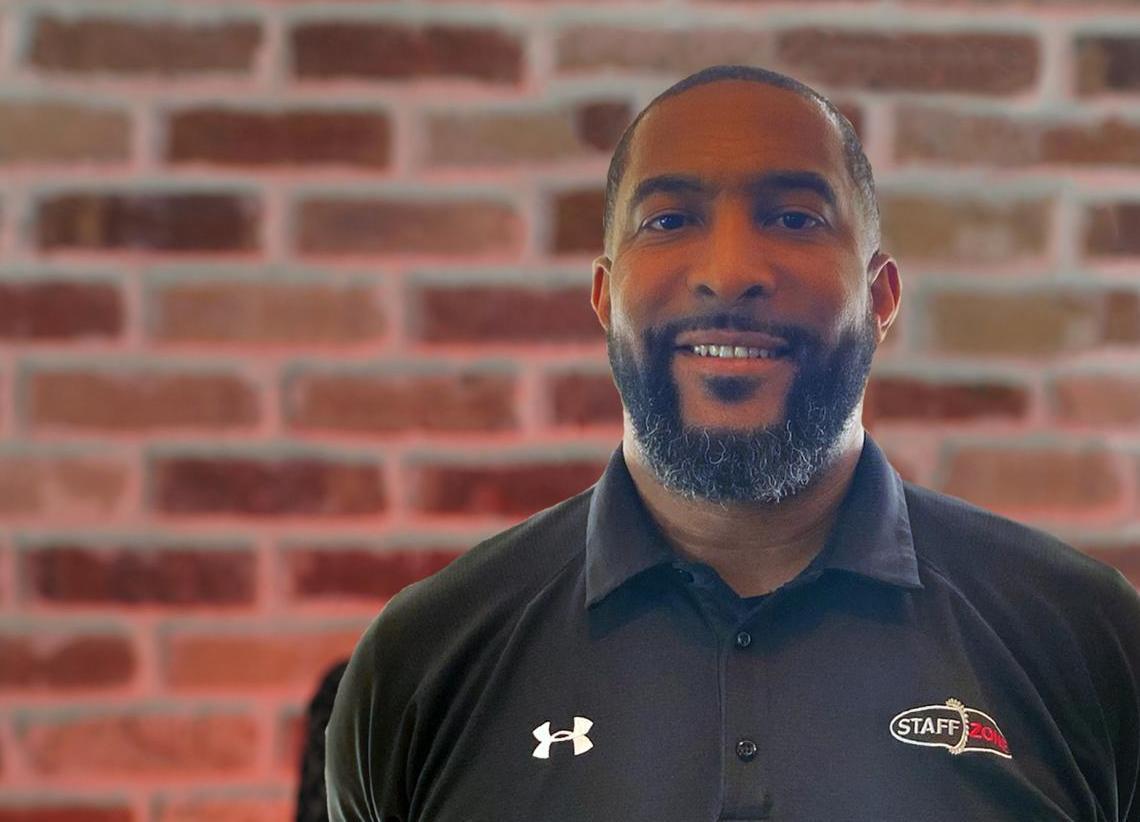 After a decade of onsite construction management, Reggie started with Staff Zone in 2019 and made an immediate impact as Branch Manager in Huntsville.  A true problem solver, Reggie’s construction knowledge and passion to constructing lives made him a natural leader within our company.  Reggie was promoted to General Manager in 2020, and after a brief hiatus, remains in that role today overseeing branches in Memphis, and his home market of Huntsville. 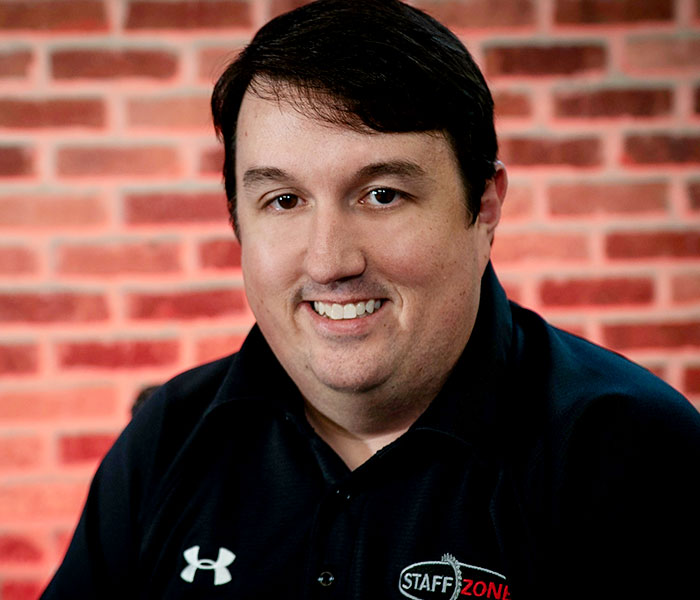 In 2008, Jamie started with Staff Zone as our Branch Manager in Raleigh, North Carolina. Jamie opened up the Raleigh branch from scratch and quickly turned it into one of the company’s most consistent performers. Jamie was promoted to General Manager in 2014 and is now responsible for the total operations and sales for his entire market, which includes branches in Durham, NC; Raleigh, NC; Greensboro, NC; Charlotte, NC; Richmond, VA; and Norfolk, VA. 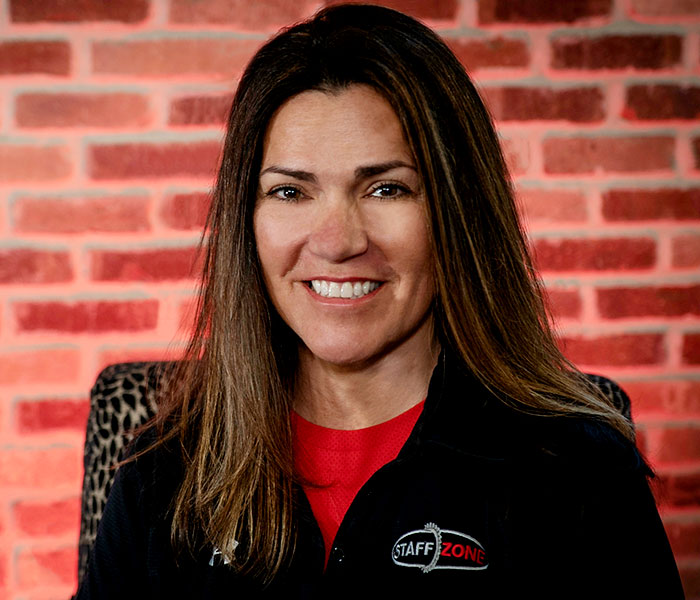 Sherry joined the Staff Zone family in 2020 after a long and very successful career in the industrial staffing sector. With her decades of experience in blue-collar operations and sales, she will be concentrating her focus on servicing our valued clients, leading our growing team of Field Service Managers. 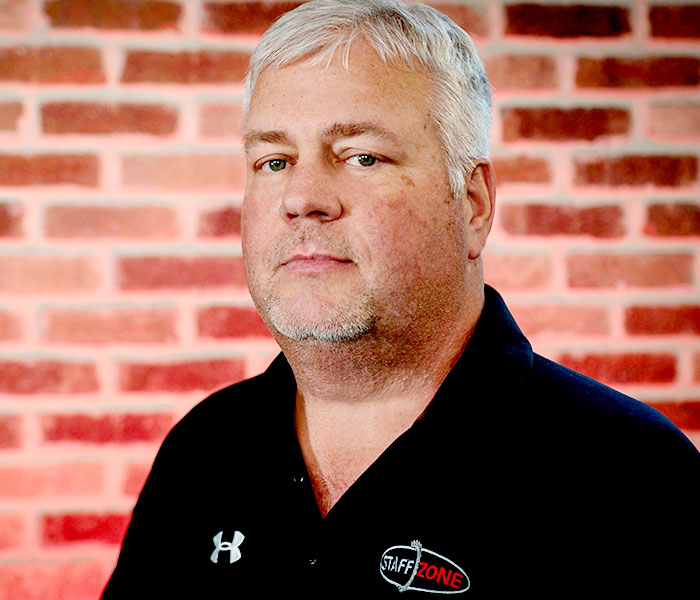 Billy began in the staffing industry in 2000 as our Branch Manager in Savannah, Georgia. Under Billy’s leadership, the Savannah market was the company’s “flagship” location for an entire decade. Billy was promoted to General Manager in 2011. With over 20 years of Staff Zone service, Billy is now responsible for the total operations and sales for his entire market, consisting of branches in Augusta, GA; Savannah, GA; Brunswick, GA; Columbia, SC; and Jacksonville, FL. 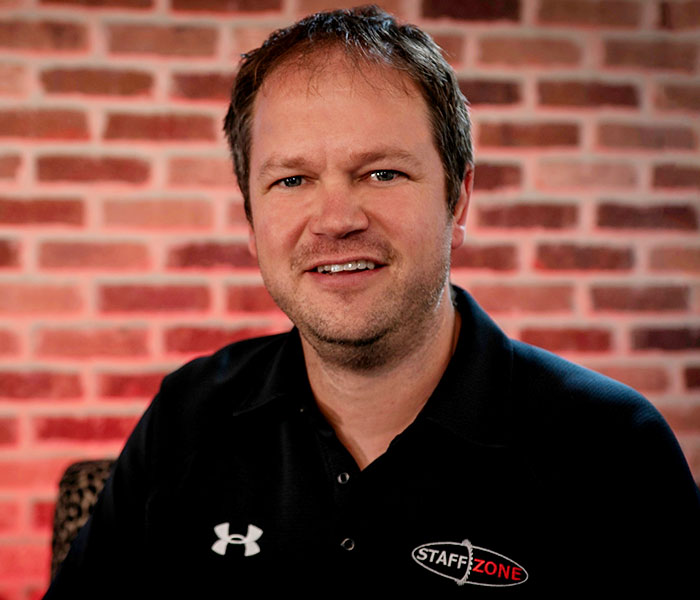 Eric joined Staff Zone as our Fleet Manager in 2020, after many years of management  experience  in his previous career with the Atlanta Police Department, where as a Lieutenant, he oversaw  the Atlanta Police Training Academy. This experience served him well strategically managing our team of over 100 drivers and vehicle fleet, consisting of 120+ passenger vans, and 55+ company jeeps and trucks. Focusing and consistently managing the safety risk in this department put Eric in the perfect position to pivot to our Director of Safety in January, 2022.  In this position, Eric collaborates with our Director of Risk Management and our General Managers of Safety to oversee the ongoing safety programs in our company. 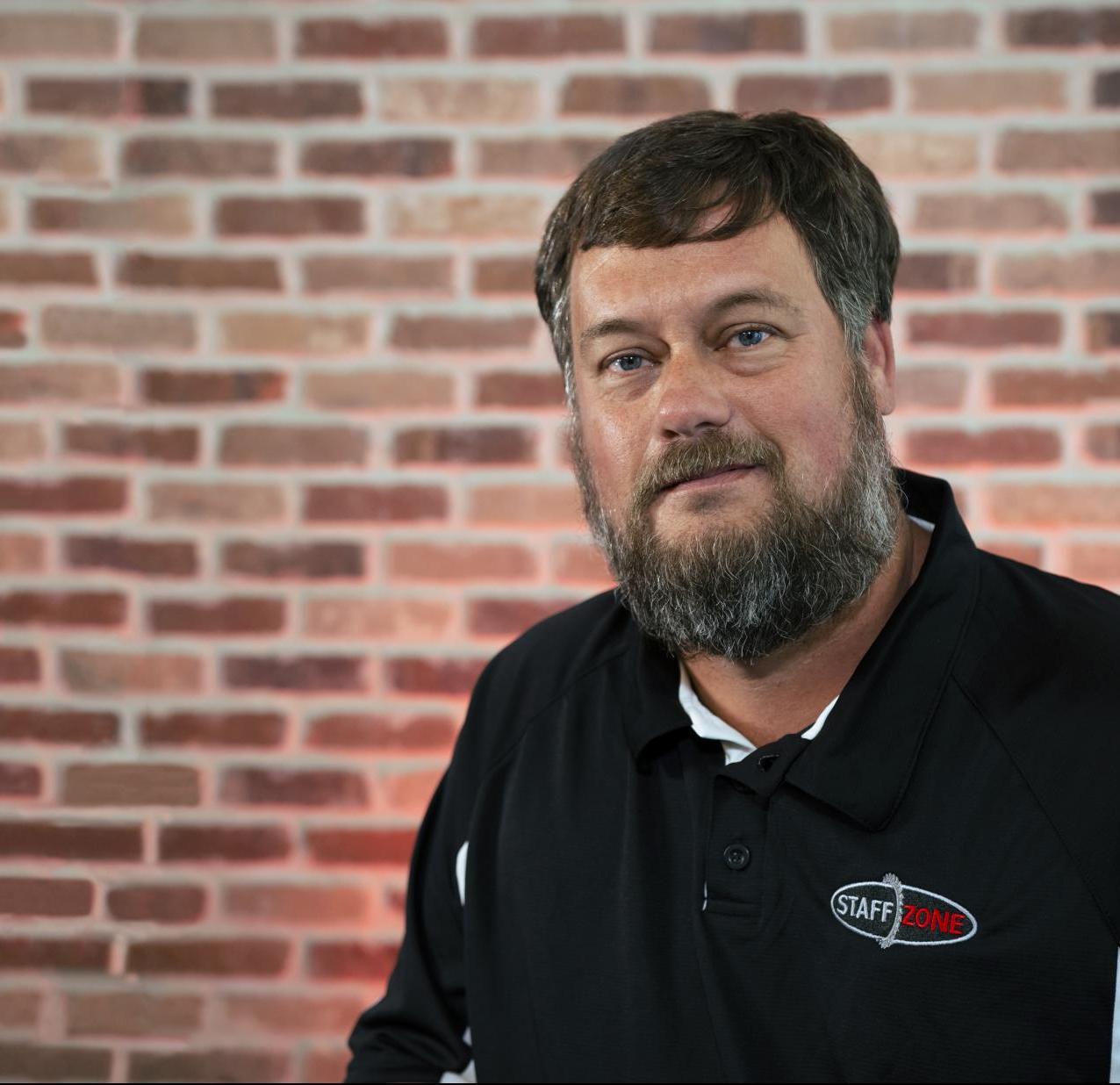 Shane has been with Staff Zone since 2012, as our Branch Manager in Brunswick, GA.  After a decade of branch experience, he was moved over to our safety department.  This new position is the perfect opportunity for him to bring his skills and knowledge of Staff Zone SOP out into many branch locations.  Ten years of experience of our amazing Safety Program will serve him well in in new position while he aids in the safety culture of this company. 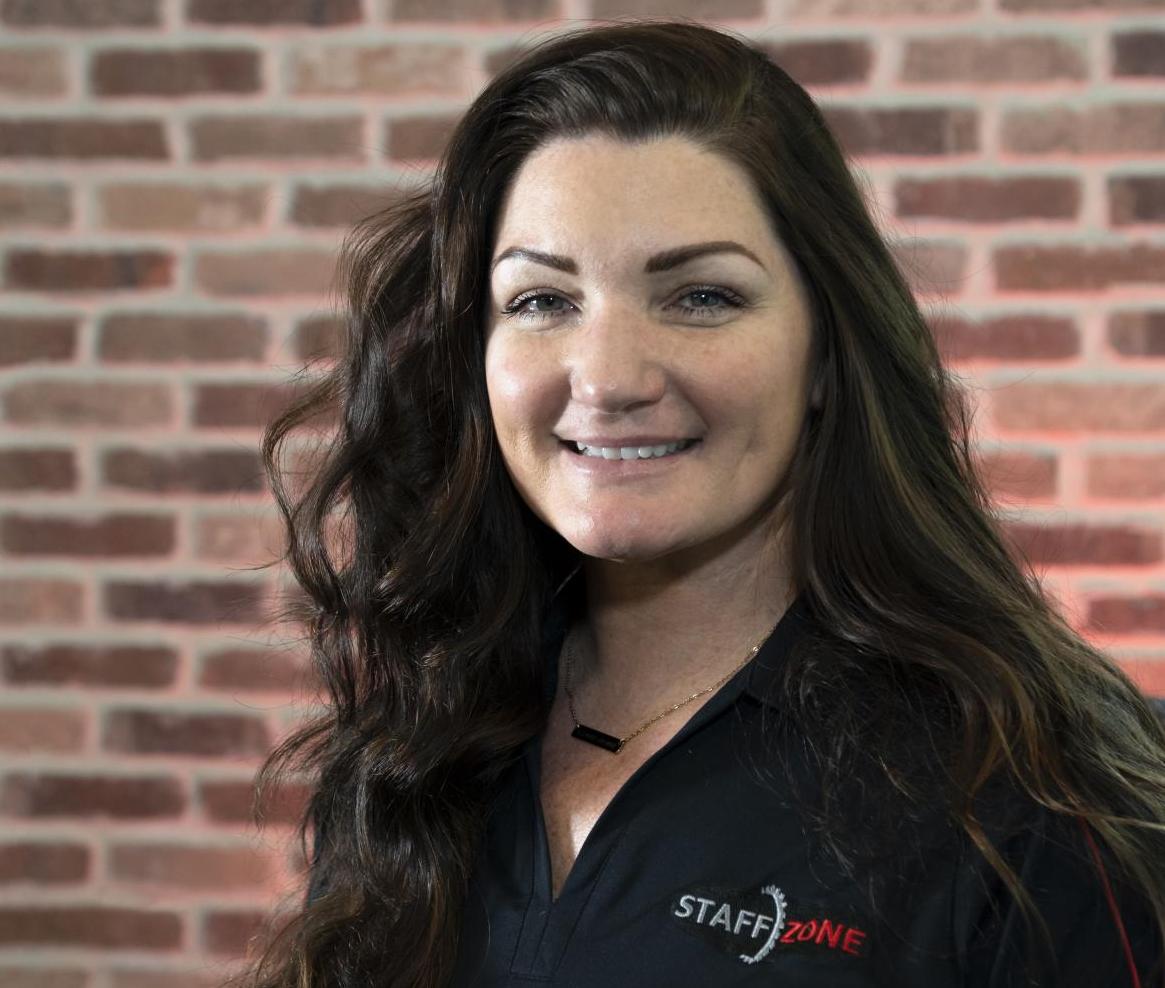 Teresa Taylor joined Staff Zone in 2019 as an Outside Sales Manager in the Atlanta market. With her diverse background and some exciting changes in her family life, she took over the position of  Marketing.  Her position as Marketing Manager has allowed her to continue to reinforce Staff Zone’s branding through a strong social media presence, and through digital and print marketing.  She enjoys creating and executing initiatives that showcase the strength of Staff Zone’s culture and the importance of its mission, to Construct Lives. 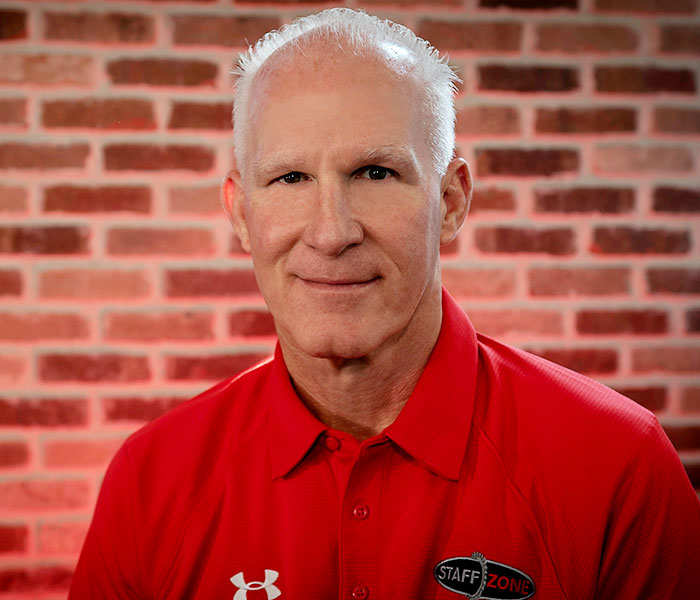 With four decades of experience as a General Contractor, Jeff brings a vast amount of knowledge and hands on experience to his new position with Staff Zone. Jeff joined Staff Zone in 2020, with responsibilities including management of all property that is owned and/or occupied by Staff Zone, including maintenance, renovation, new construction and lease management. 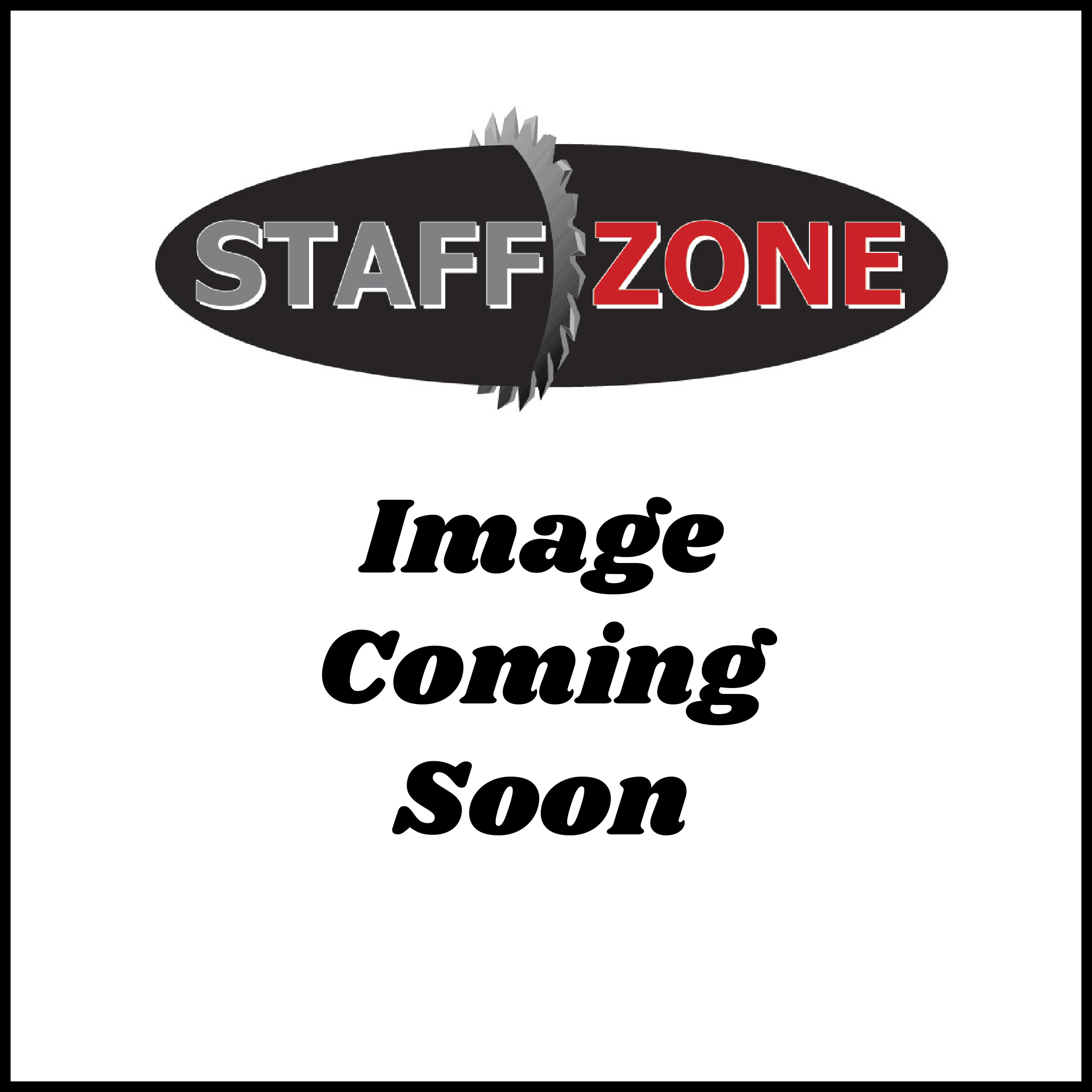 Bill comes to Staff Zone with 17 years of experience as a credentialed health, safety, and training professional. Emergency management, conflict resolution, and team leadership are skills Bill exhibits. This has given him the tools to be a great addition to our safety team. 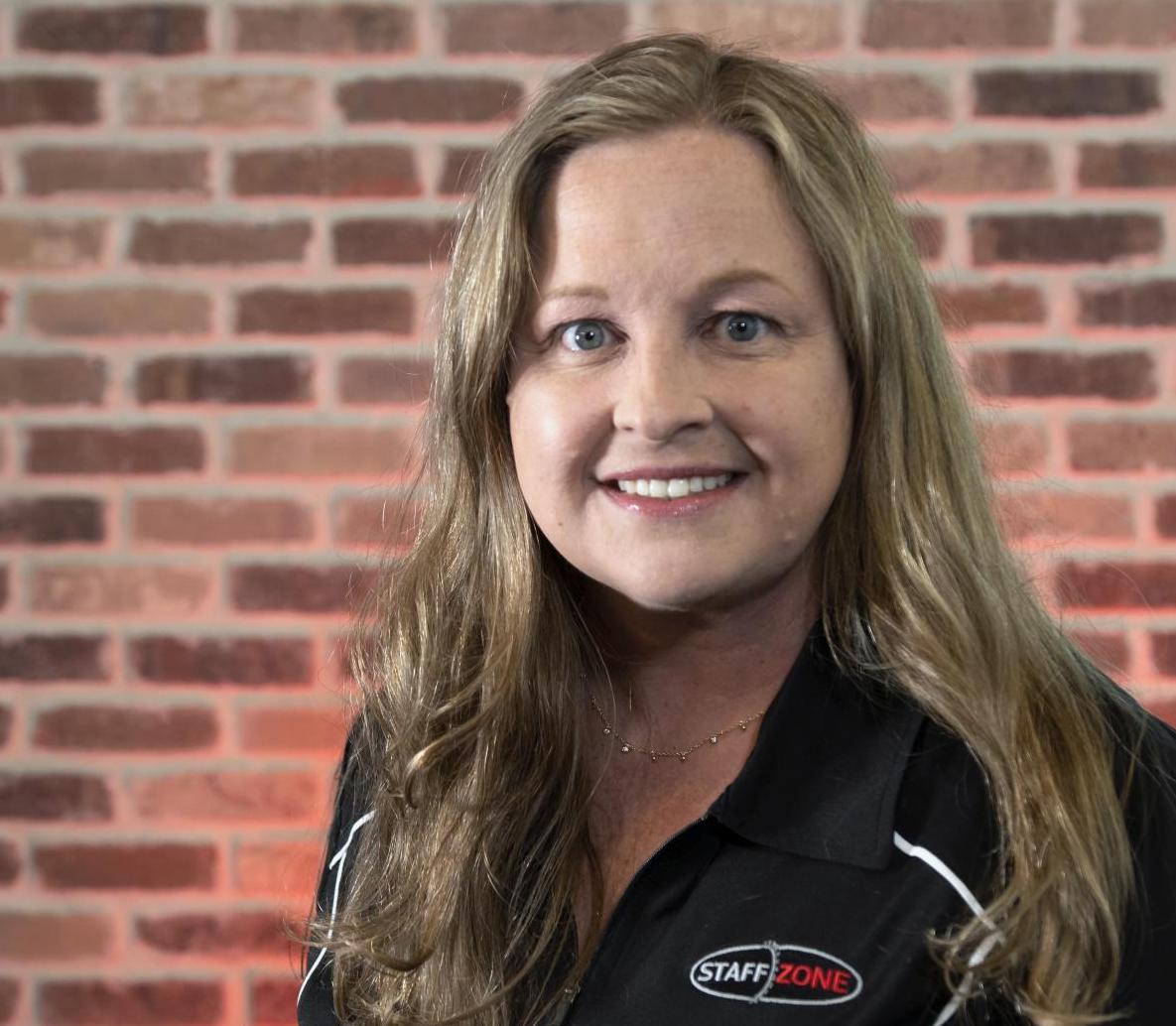 Betsy brought her vast sales experience to Staff Zone in early 2022.  With her knack for relationship building and a desire to help construct lives, she was a great fit for our Staff Zone family.  Betsy is responsible for assisting with the training and development of our sales programs.